Poplar Forest is a plantation and plantation house in Forest, Bedford County, Virginia. Thomas Jefferson designed the plantation and used the property as a private retreat and a revenue-generating plantation. Jefferson inherited the property in 1773 and began designing and working on the plantation in 1806. While Jefferson is the most famous individual associated with the property, it had several owners before being purchased for restoration, preservation, and exhibition in 1984. Poplar Forest was designated as a National Historic Landmark in 1971 and is presently operated as a historic house museum by the nonprofit Corporation for Jefferson’s Poplar Forest. The Corporation is also responsible for the ongoing archaeological study and restoration work at the property 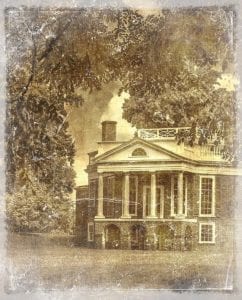 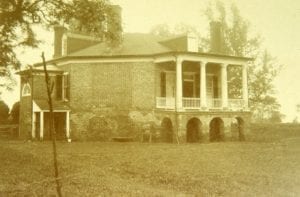 Just a short ten-minute drive to the west of Lynchburg, Poplar Forest is Thomas Jefferson’s secluded retreat, now a National Historic Landmark. A mature and innovative architectural masterpiece, Jefferson designed the octagonal house at Poplar Forest during his second term as President of the United States. Jefferson sojourned to Poplar Forest between the ages of 66-80 to rekindle his creativity, spend time with his grandchildren and escape the crowds at Monticello. Currently undergoing award-winning preservation, restoration and archaeology, Poplar Forest offers tours and special events. Group tours year-round, by appointment, or tour online to get a sense of why you should visit.